I recently did a photoshoot with Art Model Lucy Magdalene and my friend Harold. All three of us have worked together in May 2021 and decided to do another shoot again, but this time it was different. This time I prepped more to increase my success rate for the photoshoot. 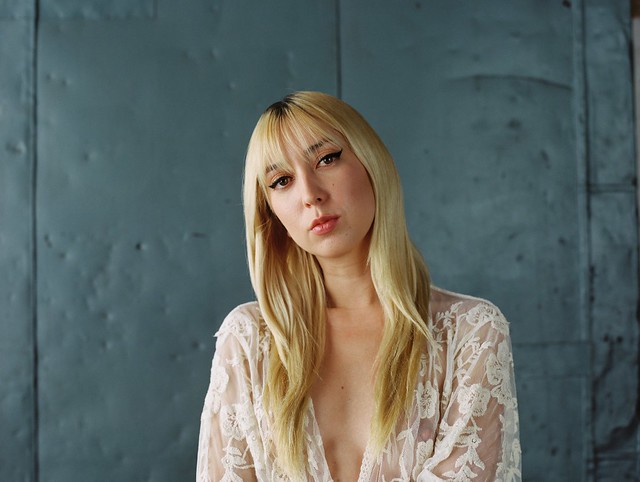 The summer came and went and we still hadn’t planned a shoot, so I reached out to both and said, let’s shoot!

We chatted over Messenger for a few days and we finally decided that mid-October works the best for everyone. It was mid-August and the time and it would give us about two months to prepare.

And that was it. That was my usual level of planning. Sure I had some ideas conceptually running around in my head like poses and location, but it was always thoughts in my head. I was always a “go with the flow” shooter but I decided to make a big change.

I decided not to leave things to chance anymore, at least the things I can control. So for this shoot, I planned. I planned as much as a could and I prepared.

Since the shoot was planned for mid-October, I thought it would be neat to plan a spooky witch type of shoot. I have a lot of female friends that are pagans, witches, and Wiccans, so I thought this would be a nice way to pay homage to them.

I thought that this idea and dark theme would work well with Lucy because of her hair, complexion, and lithe frame. 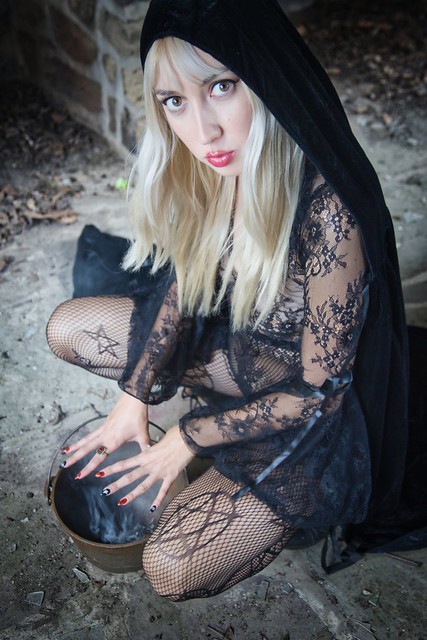 So I sat down in front of my computer and did something I’ve only read about before, I created a storyboard.

A storyboard is exactly what it sounds like, a document that sets the mood, theme, and important “scenes” in a story. Since this was a spooky witch shoot, I pulled together poses, ideas, and props for the shoot.

I screenshot ideas and pasted them into a Google slides document and added to it till I was happy with how my vision was coming into being.

Normally when I go do a shoot I end up with two to three kick-ass photos that I like. These are the ones where I nailed exactly everything I wanted.

This is called the hit rate or hit ratio. For the time and energy you spend working together, you want to generate as many “usable” images as possible. You want to have a high hit rate so you can share these images in your portfolio, give them the model, or share on social media.

The hard part is getting a high hit ratio! 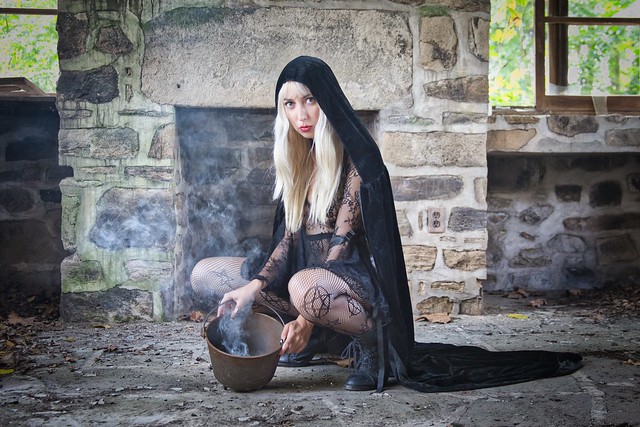 I wanted more than just 2 to 3 usable images per shoot if I spent over an hour driving to the location and spending two hours shooting the Lucy.

Luckily, this time I had over 20 usable images, which is a first for me

I’m reminded of this bit of wisdom from my college days, except I never applied it to my photography work. The simple act of spending a few hours up from making a storyboard and preparing for the shoot (more than usual) made a huge difference!

While there’s nothing wrong with taking in-the-moment photos, I think spending the time to plan a shoot pays big dividends for everyone.

That’s my plan going forward for all photoshoots. Put in the time and effort to prepare so you can make gorgeous photos.

So how did I do it? Google slides, Pinterest, Goodwill, and Amazon. Those are the main pieces of this puzzle.

The entire storyboard can be downloaded here. It’s not pretty and short but it’s not supposed to be perfect. It’s supposed to be a living and breathing document.

I shared this document with Harold and Lucy so they could get an idea of what I’m planning. You want the entire team you working with (if there is a team) to know what’s in your head instead of dropping it on them the day of the shoot.

Sharing these ideas helped Lucy bring some of her wardrobe to assist, like her Morticia-looking dress, boots, and other accessories.

The storyboard starts with a simple title, date, and location. I like to listen to music when I create so I added a musical track to set the mood.

I went to Pinterest for the first time and search through some great ideas and themes. It’s where I was inspired to get the cloak and think of more ideas for the shoot.

Where did I get the props? I got them from three places: Goodwill, Amazon, and Spirit Halloween.

The central piece of clothing was the cloak and for that, I went on Amazon to buy this one.

The cauldron I bought a while back from Goodwill for $5, it’s a cast-iron one and perfect for cooking and witchery.

The sage sticks I bought off Amazon too. I chose sage because when they smolder they get smoky and I wanted to have some smoke.

The only big fuck up I did was not find a ritual knife. I completely forget about getting that as a prop and the day before the shoot I was searching for something but I couldn’t find something appropriate. 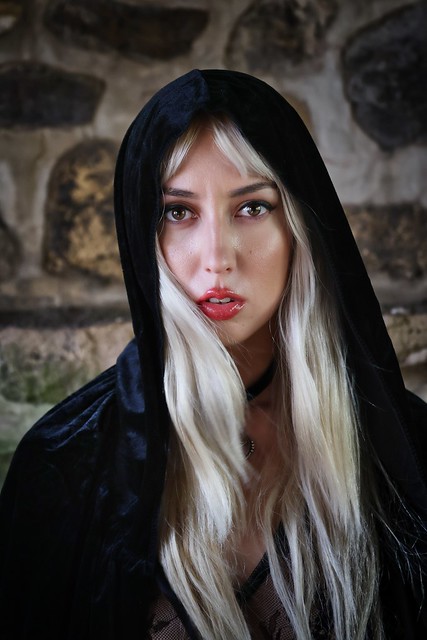 While I had some ideas for poses, Lucy is super-expressive and she can do some great poses right out of the box. That said, I did have some ideas after studying Michael Zelbel’s posing guide from his Boudior Poses eBook.

However, we had to adjust things because of the site location but having posing ideas already documented in the storyboard made things a lot easier and faster.

If you want to increase your success rate (aka hit ratio) for your photo shoots, you should plan them properly. Think about all the moving pieces like props, poses, location, and mood. That will go a long way to improving your success!

This site uses Akismet to reduce spam. Learn how your comment data is processed.